“We expect unsupervised learning to become far more important in the longer term. Human and animal learning is largely unsupervised: we discover the structure of the world by observing it, not by being told the name of every object.”
– LeCun, Bengio, Hinton, Nature 2015

So, how can unlabeled data help in classification? Consider the following example (taken from these slides) consisting of only two data points with labels. 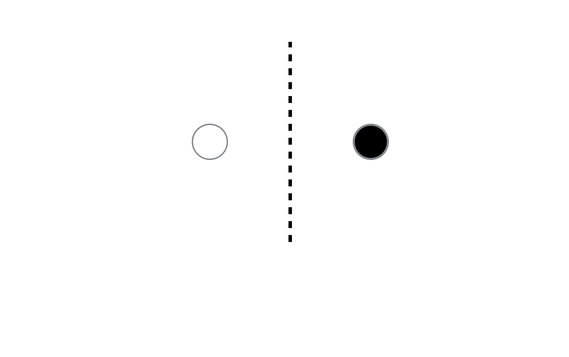 How would you label this point? 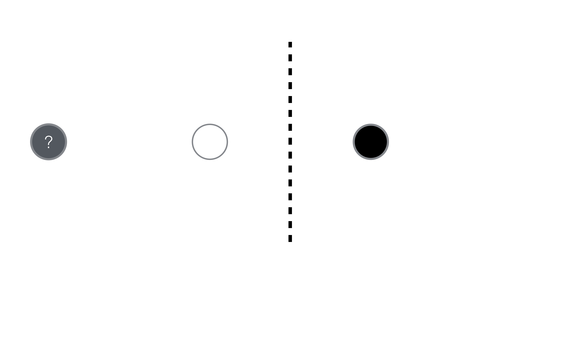 What if you see all the unlabeled data? 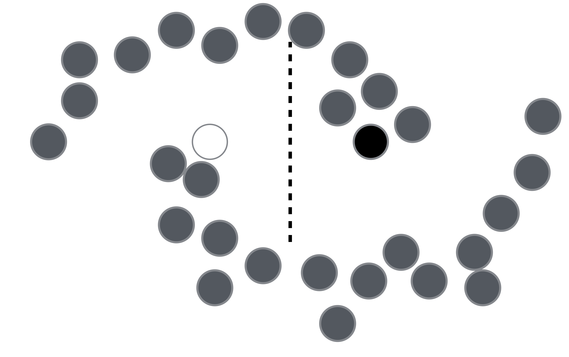 In order to make any use of unlabeled data, we must assume some structure to the underlying distribution of data. Labels are homogeneous in densely populated space ie., data points close to each other belong to the same class (smoothness assumption). Iterating this assumption over the data points until all data points are assigned a label, 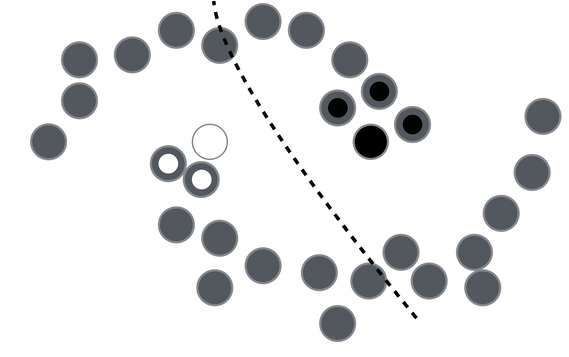 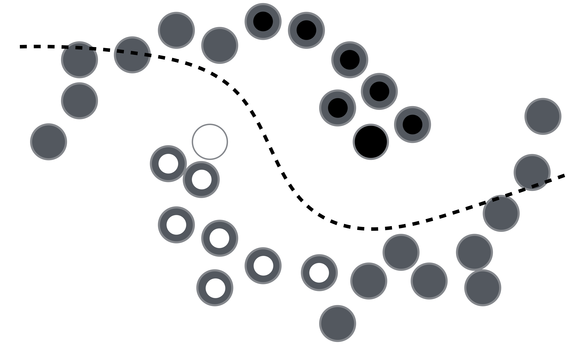 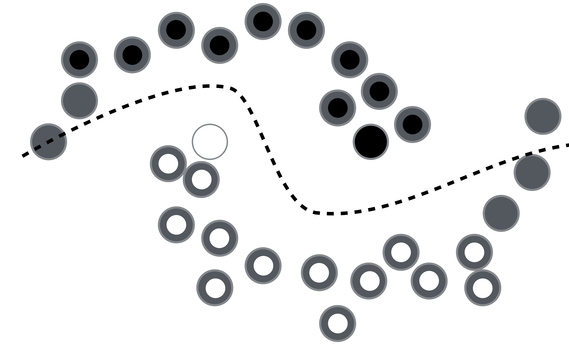 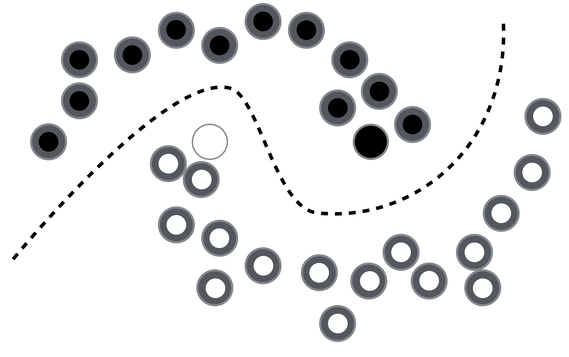 Adding a decoder (part of the ladder network) approximately triples the computation during training but not necessarily the training time since the same result can be achieved faster through the better utilization of the available information.

The steps involved in implementing the Ladder network are typically as follows:

An illustration of a 2 layer ladder network, 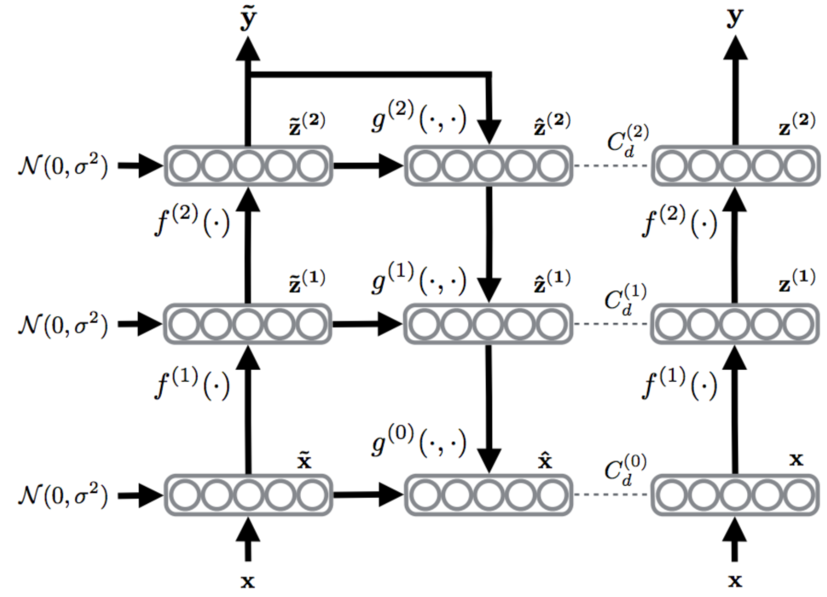 Batch normalization is applied to each preactivation including the topmost layer to improve convergence (due to reduced covariate shift) and to prevent the denoising cost from encouraging the trivial solution (encoder outputs constant values as these are the easiest to denoise). Direct connection between a layer and it’s decoded reconstruction are used. The network is called a Ladder network because the resulting encoder/decoder architecture resembles a ladder. 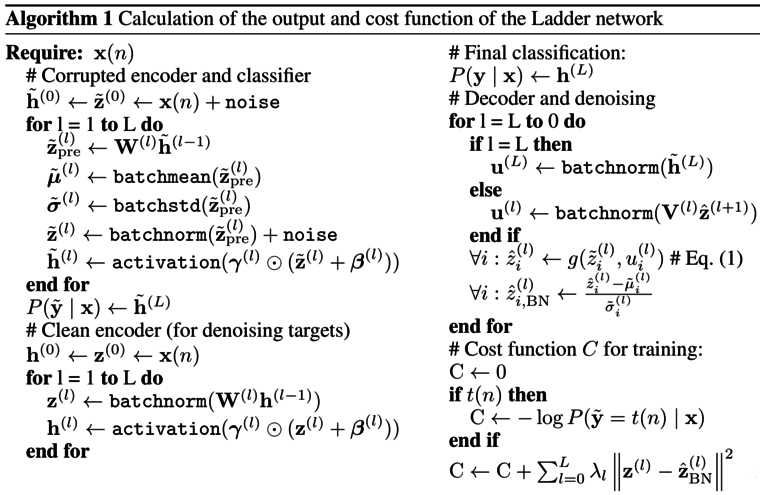 The performance of Ladder networks is very impressive. On MNIST, it achieves an error rate of 1.06% with only 100 labeled examples! This is much better than previous published results, which shows that the method is capable of making good use of unsupervised learning. However, the same model also achieves state-of-the-art results and a significant improvement over the base-line model with full labels in permutation invariant MNIST classification, which suggests that the unsupervised task does not disturb supervised learning.

Ladder network is simple and easy to implement with many existing feedforward architectures, as the training is based on backpropagation from a simple cost function. It is quick to train and the convergence is fast, thanks to batch normalization.

The code published along with the original paper is available here - https://github.com/CuriousAI/ladder. My implementation of Ladder networks in TensorFlow is available here - https://github.com/rinuboney/ladder. Note: The TensorFlow implementation achieves an error rate about 0.2% - 0.3% more than the error rates published in the paper.

Semi-supervised learning using Ladder networks was introduced in this paper:

Ladder network was further analyzed and some improvements that attained an even better performance were suggested in this paper:

and finally, these are the papers that led to the development of Ladder networks: